A Boy and His Shadow ♥ 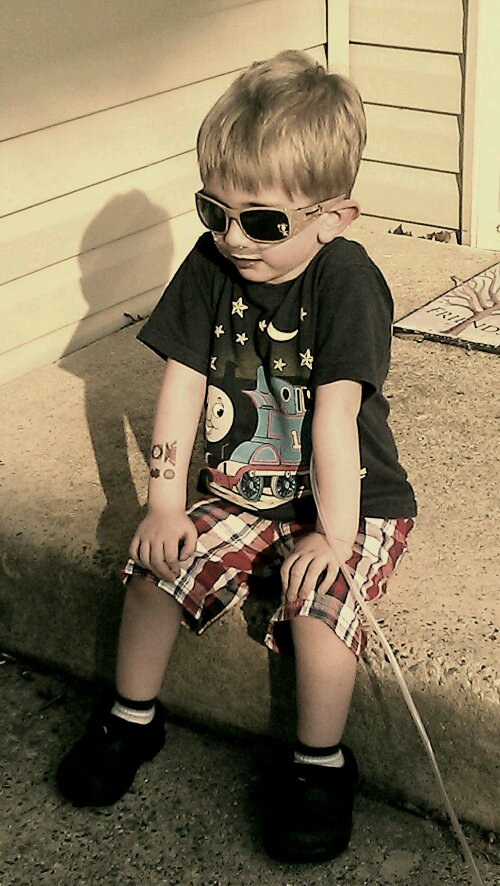 Pictures of Our Warrior… ♥

This Memorial Day Weekend in Jersey is Pretty Hot! Add that to a Lil’ Excessive Humidity and it Doesn’t make for Great Outdoor Weather for Riley!
We were able to get him Some Outside Time Later in the afternoon though ♥ 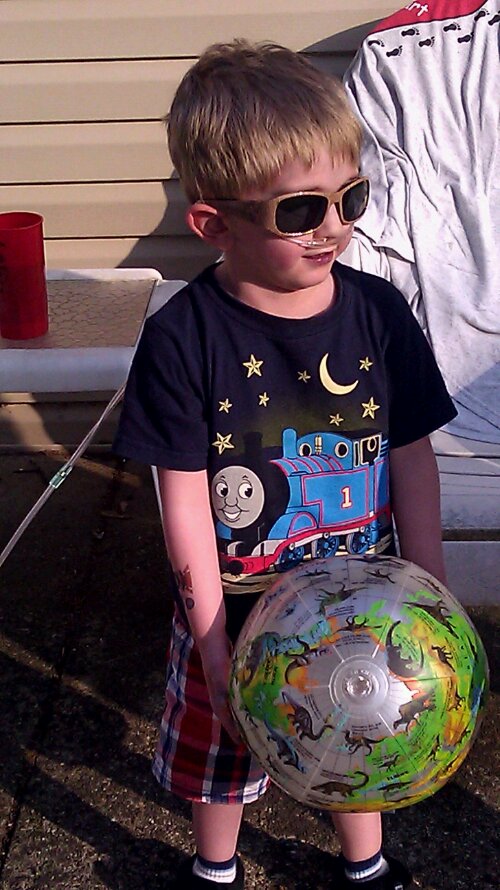 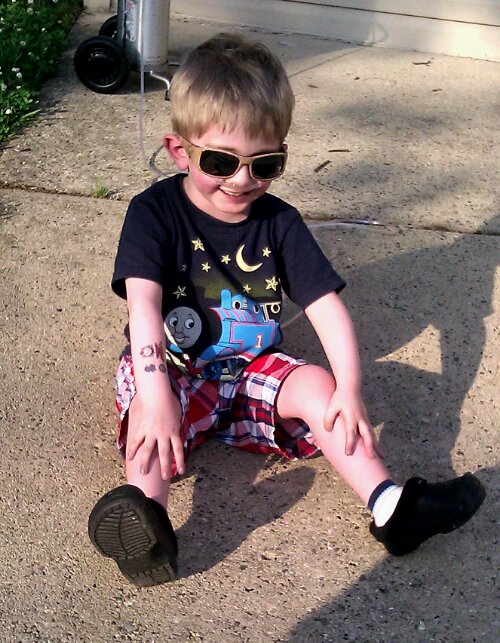 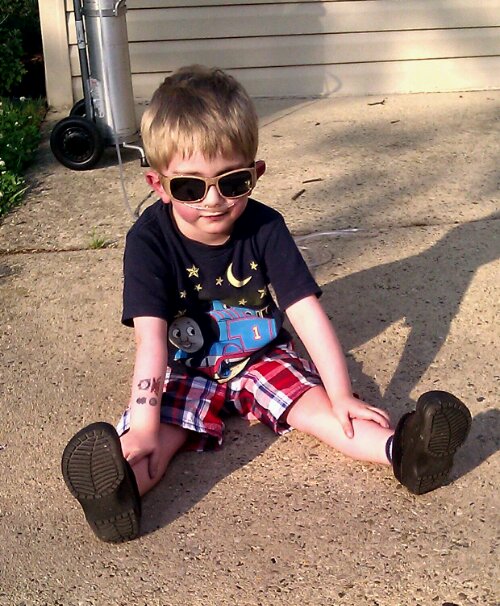 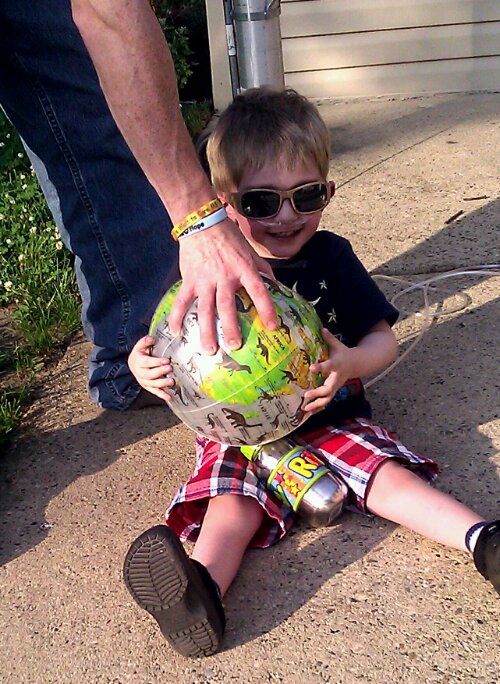 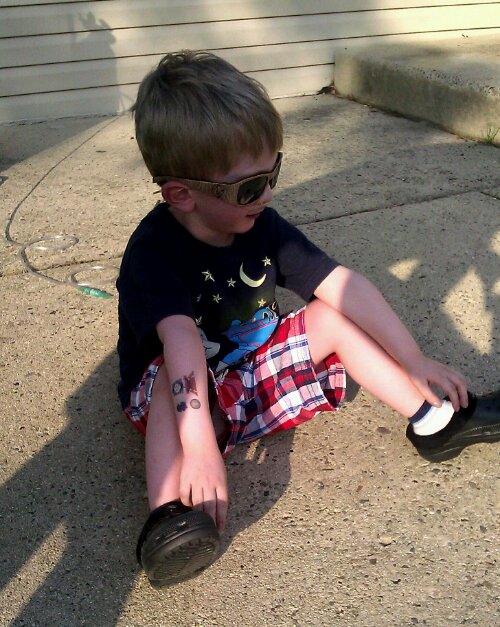 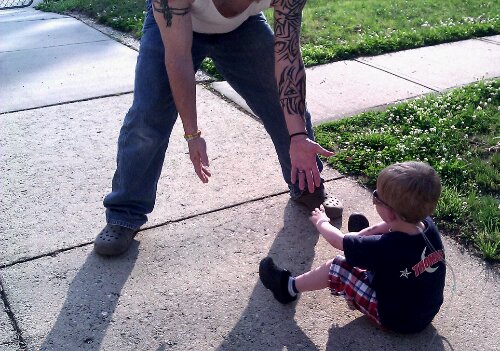 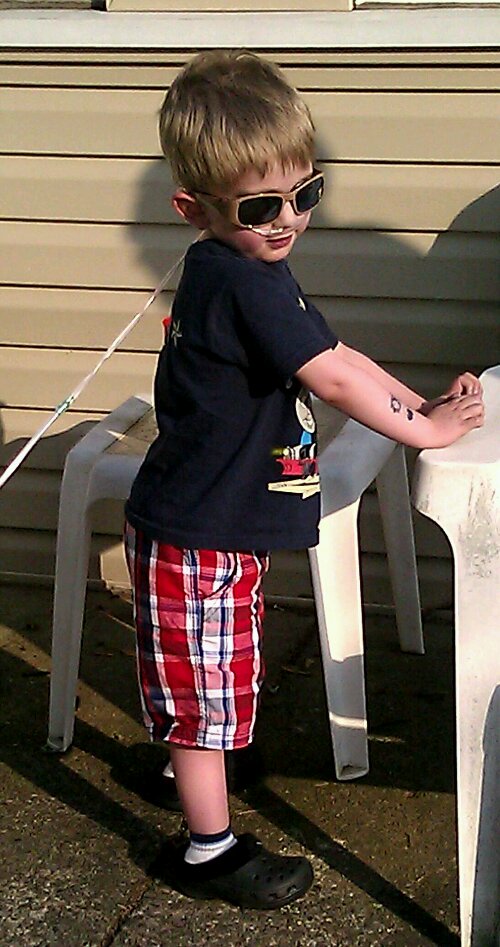 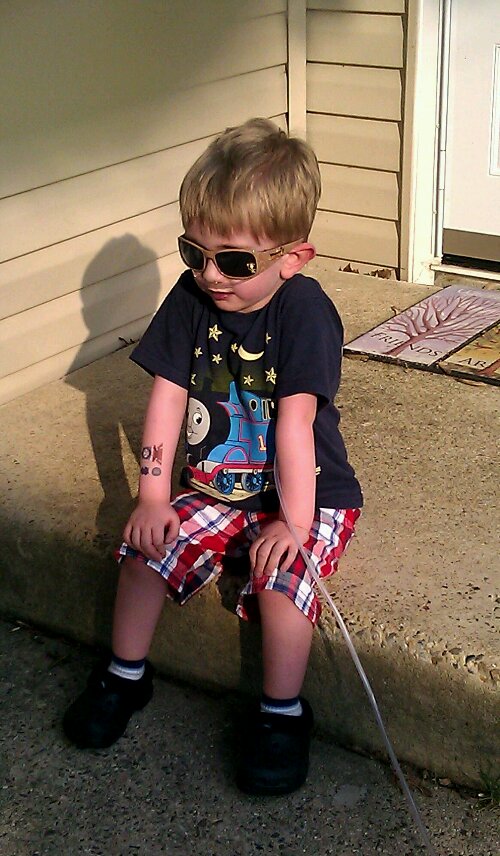 I wanted to let Everyone know that Riley’s next cath has been scheduled for the Beginning of June. Unfortunetely because Our home was Broken Into during Riley’s last Cath…. I do not feel secure in operating in Real Time!! Thank the People who Robbed Our Home! I will certainly keep everything updated….It just may not be in the Moment that things are Happening….but Rather After the Fact!
Last year at this time Riley already had One Dry Run….Which turned into Three Runs by August! Tis the Season ♥
Thank You All For Your Continued Love and Support for Our Riley ♥ 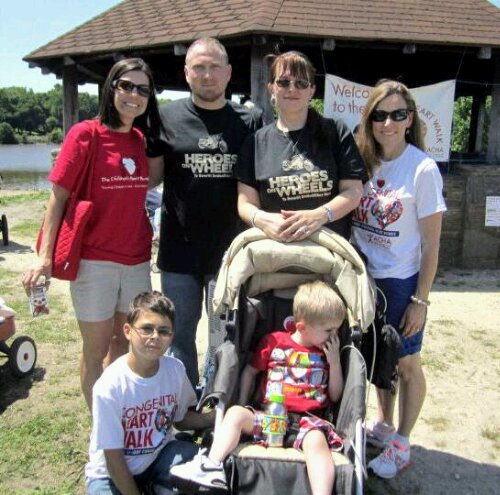 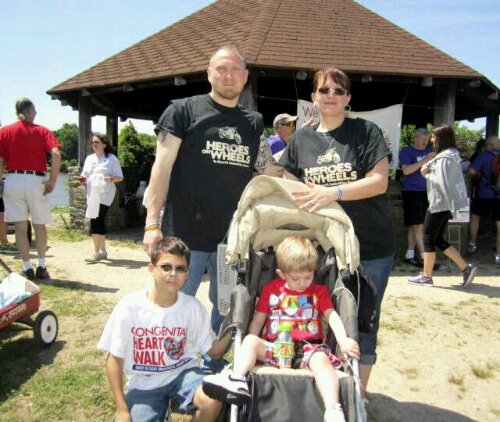 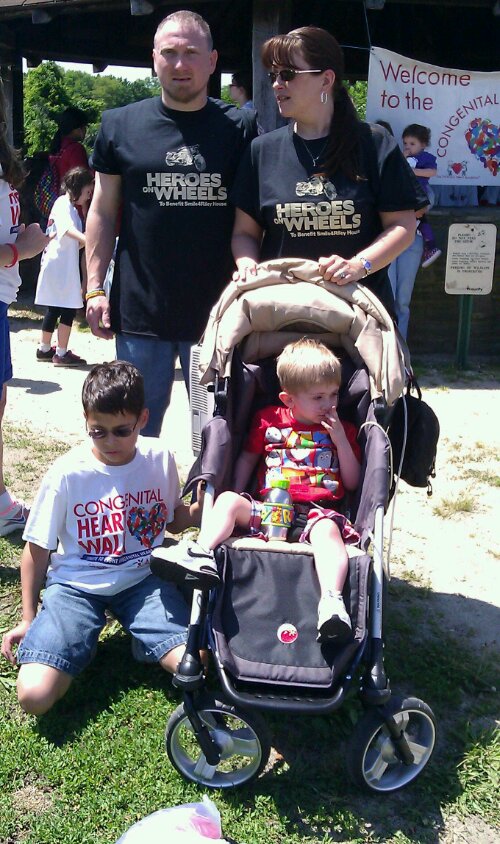 Bruce Learned about Riley through Facebook and Came Out to Walk ♥ 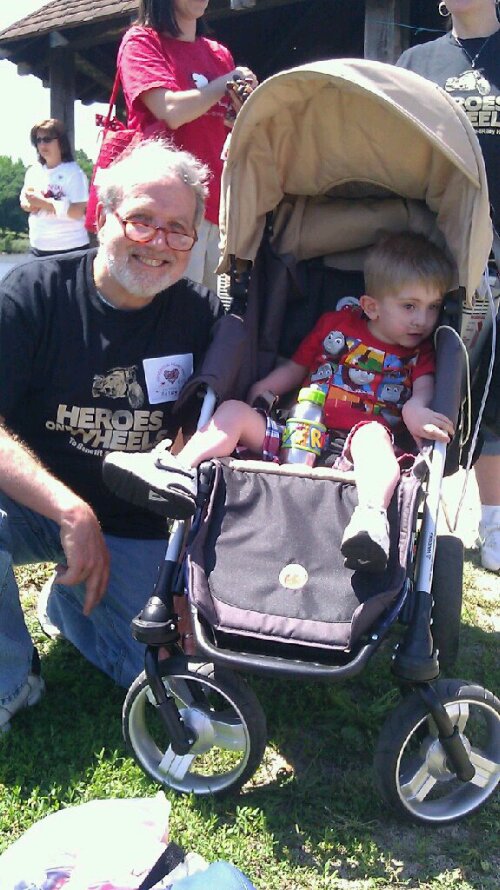 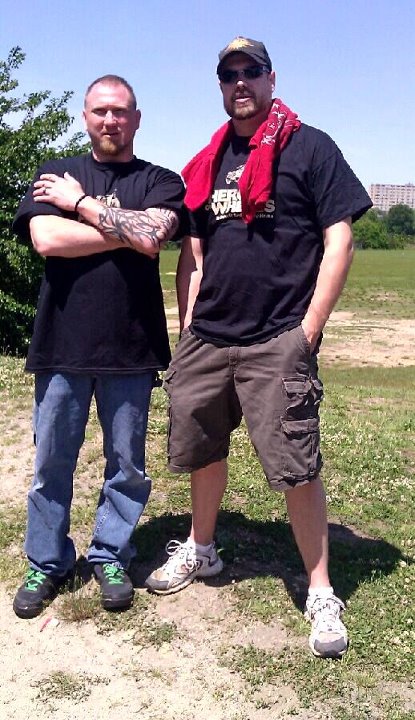 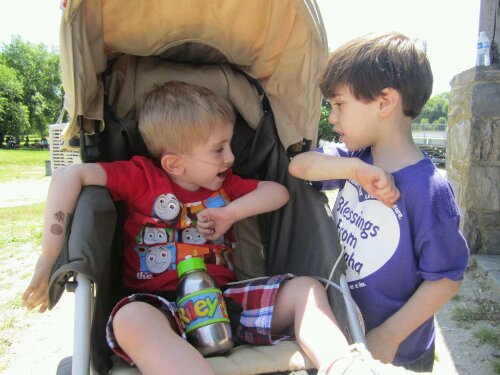 Riley is Finally Putting On Some Weight ♥

Riley is Now Officially 14.1kg or We’ll Say… 31lbs! This New Diet Seems to Be Working… Even if It Brings Along a Lil More Reflux… He Has Gained More Weight in the Last Two Months then He has in the Last Two Years… That’s Impressive ♥ 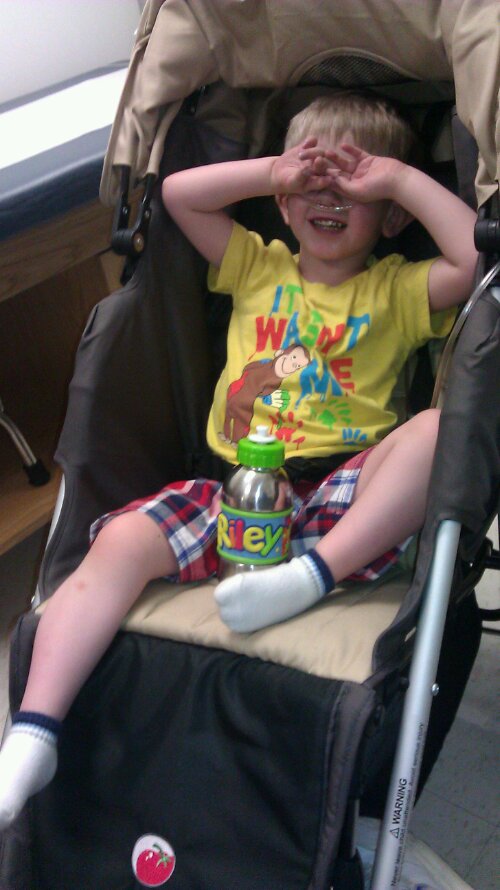 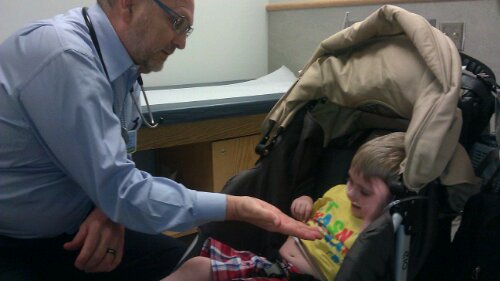 Asking for His High Five!

Riley Got to Spend Mother’s Day with His Gee-Gee ♥ 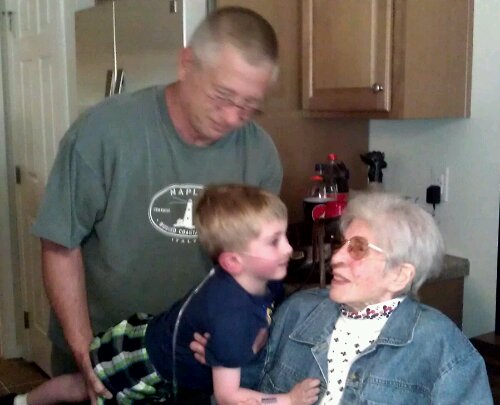 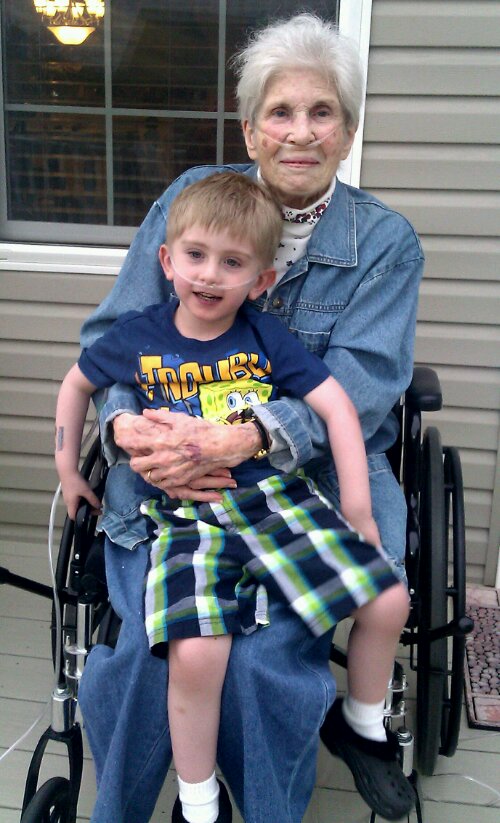 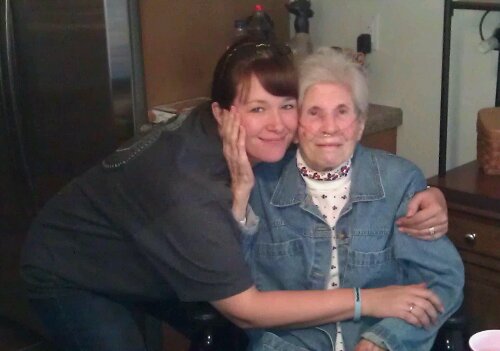 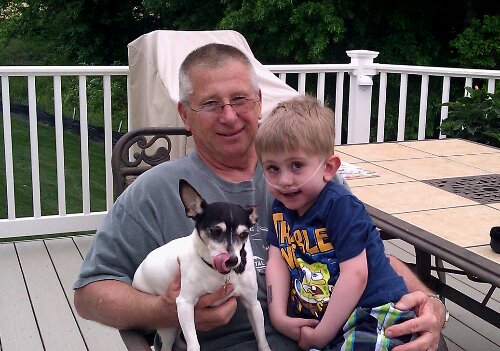 Last week Riley had a visit with Pulmonary. It was a Very routine visit with Dr. Goldfarb with nothing new to really report at the time.
Riley has continued to gain weight, though, since we made some changes with his feeds. So at his Pulmonary visit he weighed in at 13.9kg!
I received an email from the NP on the Cardiac transplant team asking me if I believed the weight to be accurate. So I put him on our home scale and he was 13.6kg. Pretty Close! The reason she was asking was so she could update his information in UNOS. I asked if the weight gain would change/improve his odds on getting a match.
This was Rachel’s Response…

We use a range of 95%-115% for height and weight. He was listed at 12-14kg and now he’s listed at 13-16kg which gives him the option of a bigger donor which theoretically could be Beneficial in terms of Offers. : )

Sounds Positive to Me:) 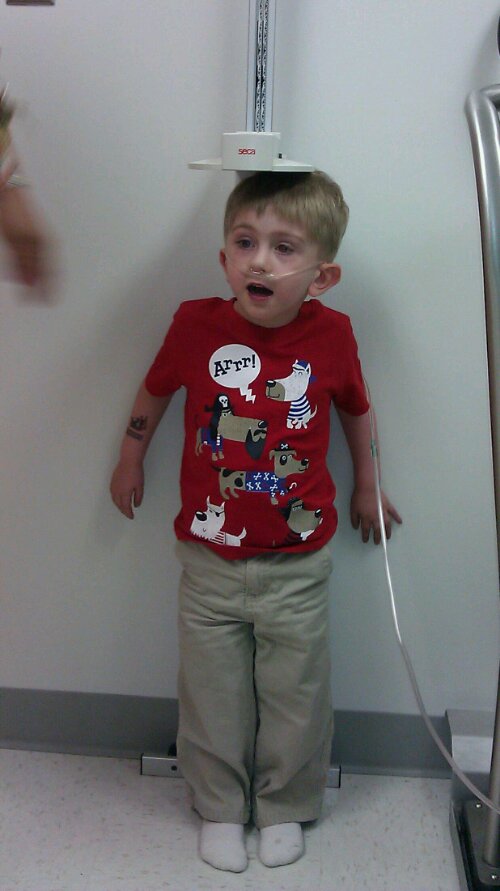 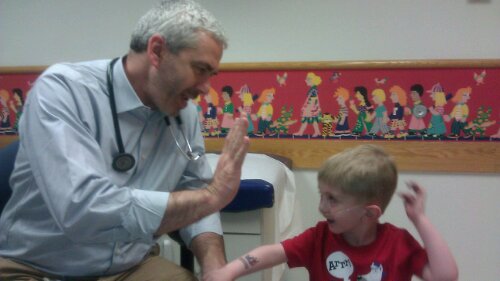