We got a call to come to CHOP at 6am for Transplant! Still waiting….its a hurry up and wait kinda thing! Please pray that we continue to move forward today and we have a Successful Transplant!

Collect of Pictures Since My Last Post in January to Now :-)

Still figuring out this new page! Thats why its been awhile! We are gonna just forward to now :-)

Riley saw Dr. Hanna on Monday. Felt like there were alot of decisions to be made, yet, I dont know that we really made any except…well one.. Cath! First there is huge concern over Riley’s lack of weight gain. He has weighed between 24-25 lbs for AT LEAST the last 12 months! He is on Microlipids already and we tryed a more nutrient based feed after discharge a few wks ago, but he began “Dumping!” (Pooping Alot) so we changed that back. There are a few things that could help .. changing his g tube to a gj .. performing the nissan now instead of post transplant or even using a CPap to help him breath. Dr. Hanna believes that we need to be patient for transplant to change his weight gain issue. Really!!! GJ is a quality of life issue… CPap is something he most likely wont tolerate and the Nissan is down right Risky to perform now! So hopefully….for now…. his reflux will continue to improve with his swallowing and help SOME with the weight. At least until after the Cath.

Such a hard decision to make … Really!! He isnt As symptomatic as before the last few caths. Mainly his PO is still in the upper 70’s and he isnt throwing up Constantly! I believe the reflux has improved because he has begun swallowing. Something he hasnt done since he was an infant. As far as some of his other symptoms precath they are Hard for us to Souly depend on as determining factors because they have failed us in the past. Example…. Oct ’09 Riley had a Cath where he looked Great before with PO in the 80’s and Dr. Rome saying… He looks Great.. Dont know what Im gonna have to really do for him in the Cath! 5 hrs later Dr. Rome returned saying that Riley had a “Horrible Disease” and that one of his pulmonary veins had Completely Occuled (closed off) and that another looked sure to follow! (Which did 3 months later.) He said Riley’s Only option for Survival was a heart/lung transplant! (Dr. Spray has already warned us of that when I was still 5 months pregnant!) That takes us back to today. In ’09 we pushed a Cath back a month and began losing veins. We’re not ready to do that again. He already should be getting cathed this week! There began the decision process!!

This will be Riley’s 18th Cath!

Let me say that again….

He is 3!!!! He is at HUGE RISK for Complications.. Major Complications…. but… it needs to be done!! Minus a few bumps in 17 caths Riley has been mainly complication Free!! We need that to Continue!! WE HAVE TO DO THIS to buy Riley MORE TIME until he can receive his Gift of Life!! It was Confirmed again today that Riley is still the ONLY Child waiting for a Heart/Lung tranplant! His year and 7 month wait has to end Soon!!

Trust me… I am Scared to cross over to the new path Riley’s life will take after transplant, but like someone else told me… There is at least HOPE on the other side… We know where this path will Absolutely lead Riley without transplant!! So we are Reaching for Hope ♥  Thank you ALL for taking the time read about my son’s Journey to Live and Thank You for Loving and Caring about not Only Riley but Our Family ♥ ♥ ♥ 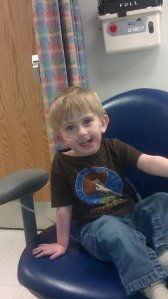 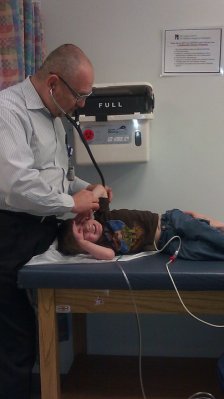